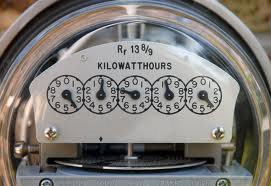 A number of utility-run energy efficiency programs for small businesses restrict eligibility not only by monthly energy consumption but also by peak demand.  To understand the difference between the two, you have to start with the difference between kW, which measures the power being produced or consumed at any given instant of time, and kWh, which expresses a total amount of power produced or consumed over time.

In other words, two facilities could consume the same number of kWh by the end of the month, but have different “peak demands.” And this is why commercial and industrial customers are often billed separately for their hourly energy consumption patterns and their peak energy demand.

Utilities often use a meter that records the power use during either a 15- or 30-minute time window. The average power used during that window is used to calculate demand. Since it’s usually higher during the day than at night, and higher during either the summer or winter depending on location, the metering system tracks the highest usage anytime during the month under the appropriate time windows.